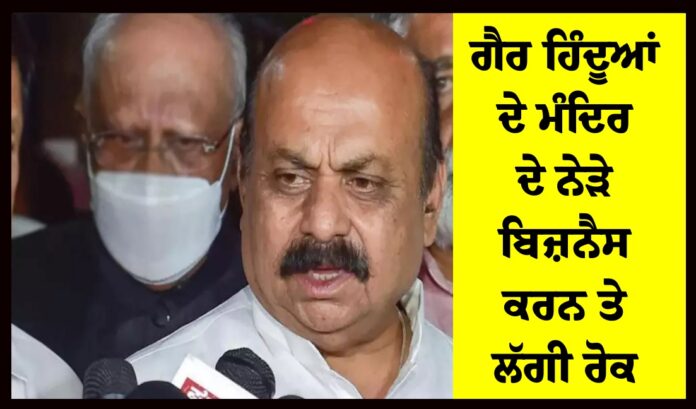 Chief minister Basavaraj Bommai said that since the law is already prevalent and that the government will look into the issue further.

BENGALURU: The Karnataka government on Wednesday informed the legislative assembly that as per the Hindu Religious Institutions and Charitable Endowments Act 2002, non-Hindus cannot do business in and around the premises of the Hindu religious institutions.

At the assembly, responding to a question raised during zero hour by Congress MLAs U T Khader and Rizwan Arshad on banners, flyers and posters being distributed in religious places asking the non-Hindus to vacate the shops and stop doing business outside the temples, law minister J C Madhuswamy justified that there is a law which prevents them from doing so. 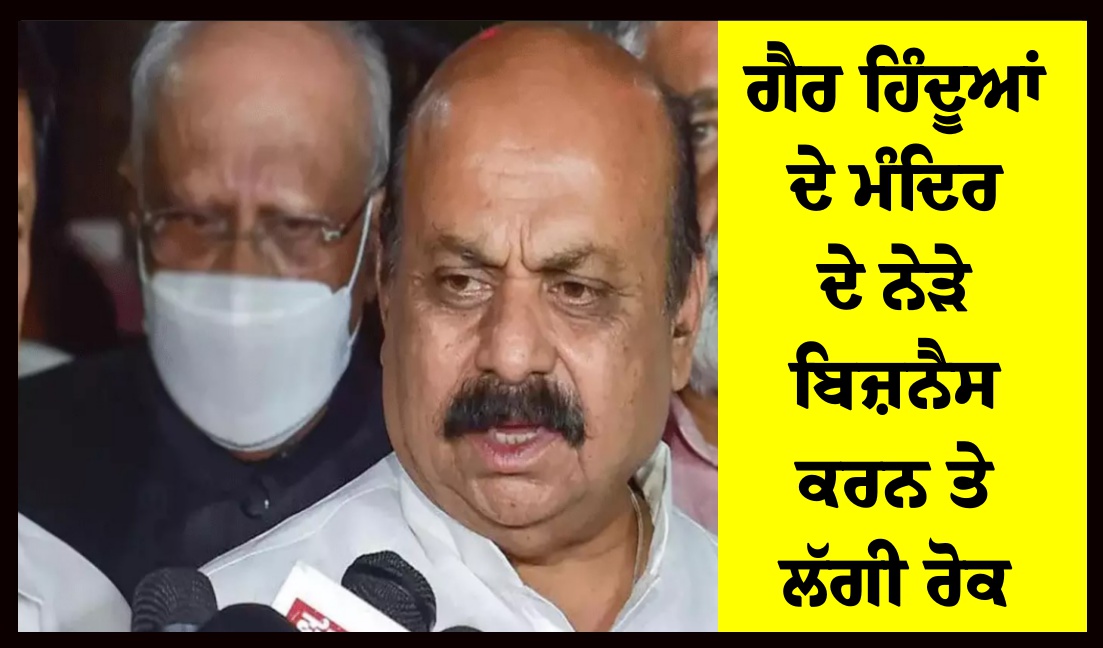 “As per rule number 12 under the act, non-Hindus are barred from the premises to do business in and around the premises. However, if it is beyond the Hindu religious area, we will initiate action against those who are putting up these banners and posters,” said Madhuswamy.
However, Khader and opposition leader Siddaramaiah insisted that the banners and posters are targeting even the roadside vendors who are making an honest living.

“Such posters, flyers and banners are creating a discord in our society and destroying communal harmony. We urge the government to ensure such incidents do not occur,” said Khader.