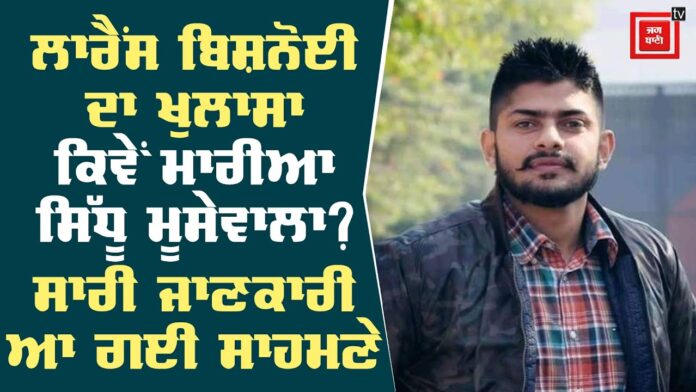 Know current status of Sidhu Moosewala murder case: Punjab Police shares all facts Chandigarh, June 16, 2022: A day after taking the custody of gangster Lawrence Bishnoi, Punjab Police has shared the current status of the murder case of Shubhdeep Singh @ Sidhu Moosewala, renowned Punjabi singer, by disclosing all facts. Sidhu was attacked with firearms by unknown assailants on 29-05-2022 at Village Jawaharke District Mansa. Shubhdeep Singh died on the way to the hospital and two of his friends were injured in the shootout. A case FIR No. 103, Dt. 29-05-2022 u/s 302, 307, 341, 148, 149, 427, 120B IPC & 25 Arms

Sidhu Moosewala had left his house at around 05:00 PM in the evening of May 29th in a Mahindra Thar vehicle along with his two friends, Gurwinder Singh & Gurpreet Singh to visit his close relative in a nearby village. Since Sidhu Moosewala was facing a threat he had been allotted two gunmen by the orders of the security wing, Punjab Police accordingly Constable Vipandeep Singh No. 9/521 and Constable Baljinder Singh 7/568 were detailed for his protection. However, on the 29th of May, he had left them at his house informing them that he will be back home in a short while.

He was driving the Thar Jeep and his friend Gurpreet was sitting on his left and Gurwinder was sitting on the rear seat. As the vehicle came out of the house there were some of his fans waiting outside his gate and he stopped for a short while and clicked selfies with some of the fans. Thereafter, he drove his Jeep towards Jawaharke village. His jeep was followed by a Toyota Corolla car and a white Bolero Jeep. When they reached Jawaharke Village, his Thar Jeep slowed down after taking a sharp turn, immediately a Toyota corolla car hit the Thar Jeep and forcibly stopped it, immediately armed assailants started indiscriminate firing on Sidhu and his friends. Their accomplices in the Bolero jeep also fired shots on Sidhu and his friends. Thereafter, the assailants escaped on their vehicles towards village Khara Barnala. During the incident, the door of the Toyota corolla had got damaged therefore the assailants in the Toyota corolla stopped a White Alto car and at gunpoint forcibly snatched the Alto and escaped towards Khara Barnala village followed by the white Bolero Jeep. However, the Bolero jeep was found abandoned near Khayala village about 13 km from the place of the incident.